ANF ​​has captured the images of two guerrillas who were exposed to the chemical attack of the invading Turkish state in Avaşîn's Werxelê Resistance Area. It is seen that the chemical weapon paralyzes the nervous and respiratory systems and causes memory loss.

by Firaz Dağ
in All News, Analysis, Editorial, Headline, Kurdistan, Middle East, News
A A
0 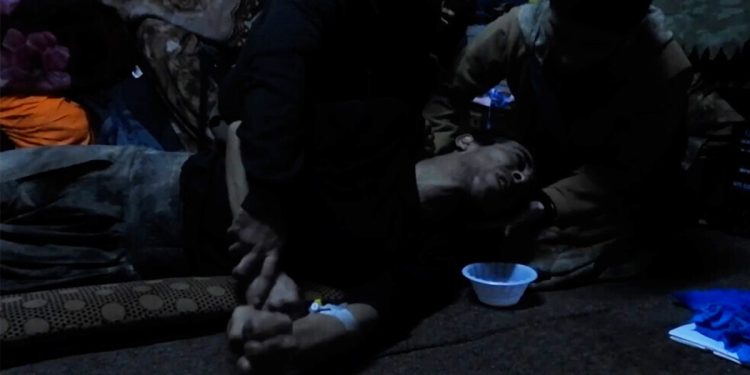 BEHDINAN – The invading Turkish army has been using chemical weapons intensively on areas under the control of the guerrilla since mid-April. Banned bombs and chemical weapons have been used at least 2476 times in the last six months, according to a new balance sheet released by the HPG on October 17.

The Turkish army, which failed in the face of the guerrilla’s expert team and position-tunnel style war tactic, resorts to banned weapons. These war crimes have been documented many times through images and testimonies in the ANF.

In October, the International Union of Doctors Against the Atomic War / Doctors with Social Responsibility (IPPNW) organization, noting that the evidence has been reached, announced that an independent investigation should be opened to determine that he used chemical weapons in Southern Kurdistan.

One of the targets of invasion attacks and chemical attacks is Avaşîn’s Werxelê Resistance Area. New images have reached the ANF regarding the use of chemical weapons.

In the footage, it is seen that a group of Turkish soldiers, who came over the Werxelê war tunnels, left them at the entrance of several military war tunnels with ropes tied around their waists. After the soldiers threw the chemical weapons they were carrying into the entrance of the war tunnel, they quickly drove away.

Health guerrilla Zîlan Mêrdîn, who gave first aid to the guerrillas who were exposed to chemical weapons attacks and witnessed the incident, described what happened with the following words:

“There is a very intense and uninterrupted state of war in the war tunnels of Werxelê. Almost every day, the enemy makes huge explosions with high-intensity bombs at the entrances of the war tunnels. It also uses odorless/odorless chemical gases and pepper sprays immediately or simultaneously. It is not understood exactly what happened, as it happened intertwined with the explosions.

Friends Baz and Helbest were similarly attacked by chemical weapons on different days. After the big bang developed, we couldn’t hear from friends. Friends reached them and brought them to a safe place. Other friends who went and brought these friends took their precautions and left. They said that although there were different explosive odors from the explosion, they did not smell a very distinct chemical weapon, but there was a dense gray gas in the environment.” 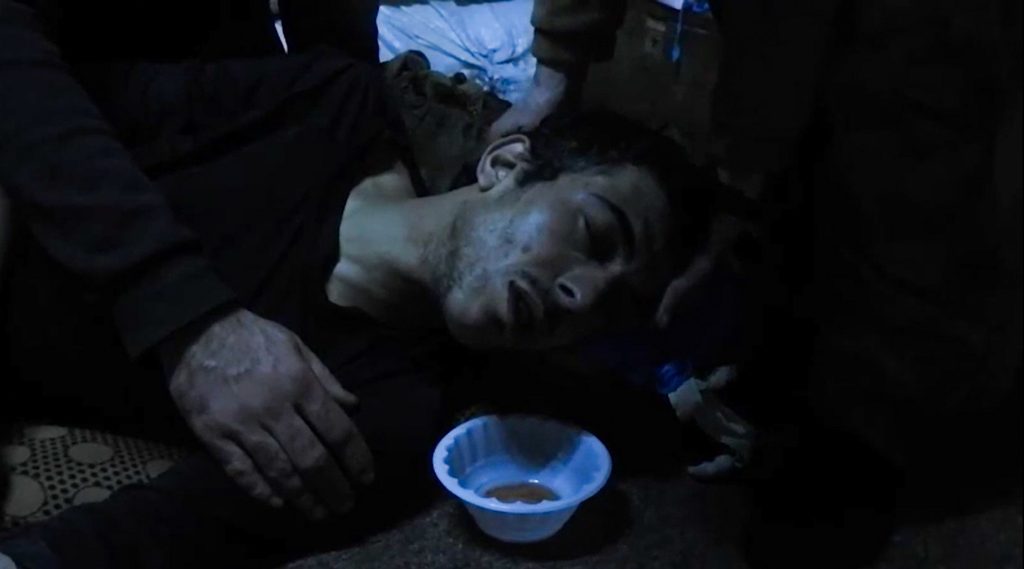 Zîlan Mêrdîn stated that when they took the two guerrillas who were exposed to the gas inside, the first signs of memory loss were seen.

“They didn’t remember. Friend of Helbest first developed amnesia, then uncontrolled behavior and laughing as if he had gone mad. He then lost consciousness. And he was martyred.

Helbest’s speech and behavior was developing beyond his control. The gas of the chemical weapon he inhaled had affected his friend’s nervous system, suppressing and disrupting the normal physiological functioning of his body. Your friend is suddenly overjoyed and laughing; It was an abnormal condition, which is also defined as ‘euphoria’ in psychology and developed due to the chemicals to which it was exposed. Because Helbest friend was a pioneer commander we have known for a long time and he would never do such things in normal times.

We know that chemical weapons that cause such effects are in the hands of the Turkish state, and that such chemical weapons are called ‘nerve gas’ and ‘Capacity Destroying Agents’. They use tabun, soman and sarin as chemical weapons. Although ‘Capacity Degrading Agents’ are not lethal in the open environment, they can be lethal when exposed to intense exposure indoors. As can be understood from the name of this chemical weapon; rather, it is aimed at destroying the nervous system and will of the person on the other side and leaving them out of war.”

HE WAS NOT CONSCIOUS, HE WAS GOING TO CRISIS

Stating that similar effects were seen in the guerrilla named Baz, Mêrdîn said:

“When friends reached and brought him, he couldn’t remember anything, he was unconscious. He was acting like he was crazy. His condition was worse than that of your Helbest friend. He’s unconscious. We don’t know exactly how many minutes and how many types of chemical weapons he was exposed to. By the time his friends reached him, he had already collapsed to the ground. We started to do the first interventions we know.

Some friend was having trouble breathing. The respiratory system and the central nervous system were severely affected. As seen in the images, his excessive sweating and trembling attacks were the result of his poisoned body trying to expel the poison inside. Because when a person is poisoned, the body tries to put the defense mechanism into action and reflexively tries to throw the poison out with saliva and sweat. That’s why he was having seizures. The base friend was having trouble breathing, making a wheezing sound while breathing, and was struggling to breathe intermittently.”

MARTYR AT THEIR EXPOSURE TO CHEMICALS

“Friends of Baz, Helbest and Demhat Têkoşîn were martyred alongside us after being exposed to chemical weapons attacks with a banned bomb,” Mêrdîn said.

“We tried to intervene with the scarce means at hand, but unfortunately we could not save the friends. The enemy was attacking from a different location, in a different style and with different types of chemicals each time. We lived those moments, and we still do. Currently, we are still subject to the same attacks and we are resisting. Many of our comrades are resisting selflessly in the resistance positions. Everyone should know that; each martyrdom has increased our hatred, anger, belief and will more and more. For the sigh and memory of the martyrs, we will definitely win the victory.”

URGENT! 17 guerrilla freedom fighters martyred due to the use of chemical weapons!

In the action of HRE, 14 invaders were killed and 3 were injured

In the action of HRE, 14 invaders were killed and 3 were injured