by Firaz Dağ
in All News, Editorial, Headline, International Solidarity, Interviews, News, Special, World
A A
0 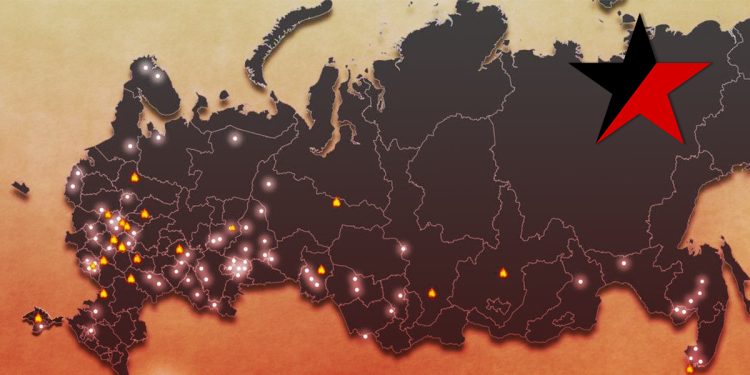 NEWS CENTER – Our agency talked to  Боевая Организация Анархо-Коммунистов (БОАК / BOAK) or the Anarcho-Communist Combat Organisation is a Russian that is currently playing an active role in the struggle against the hegemonic war of the Russian state in search for power and control. 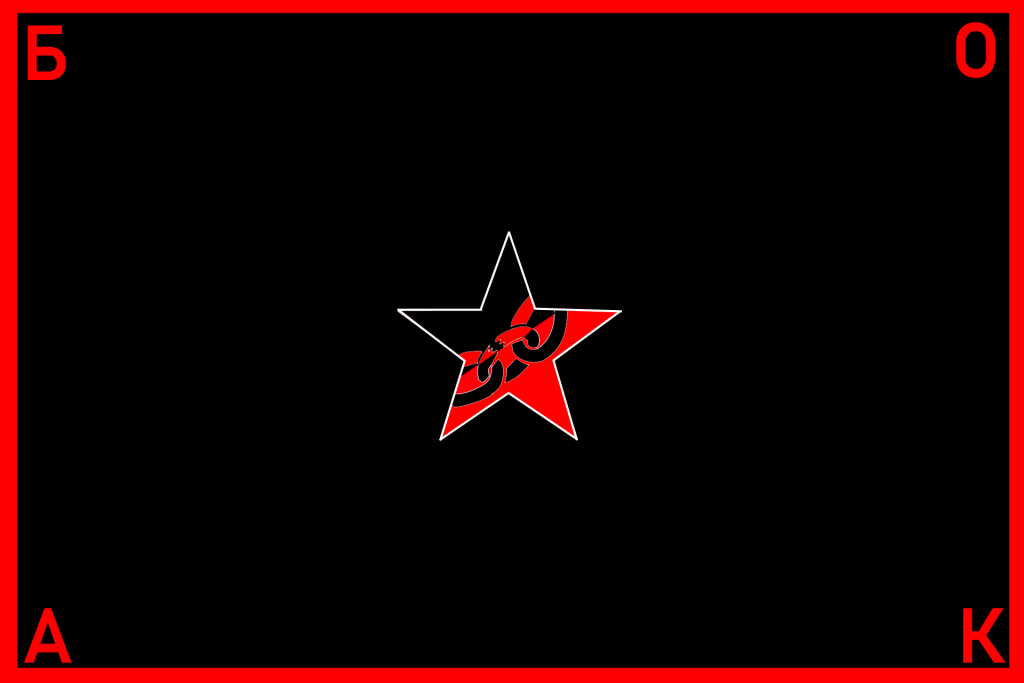 1 – Can you talk about your organization?

The Anarcho-Communist Combat Organization. It’s formation, goals and praxis, Anarcho-Communist Combat Organization was created several years ago by people, who had experience in anarcho movement in Russia, and understood, that achieving our goals – rebuilding society in along side with anarcho ideals – isn’t possible without revolution in Russia. And to do revolution – we need act in coordination with each other, create organization, to prepare and perform revolution. Also, we understood, that we need to use guerrilla tactic – because any state would try to destroy organization, which prepares revolution 🙂 At start we developed our organization, increasing our forces and preparing for the future battles – without spread out our name. We didn’t want to give state too much information before we are ready. But we wasn’t just training – there were also several actions, which was done as for training, and also for practice goals – for example, attacks on the cell towers of TurkCell, in solidarity with Kurdish rebels. But when war in Ukraine started, we understood, that this is time to act more openly, it’s time to fight dictatorship and collect forces. That’s why we started to openly take responsibility for our actions.

2 – How important is the role of media for your organization? Being able to do actions against the Russian state, one of the nation-states with the biggest oppressive apparatus in the world?

Media is very important, because it help spread ideas to many people. We understand, that for achieving our goals, there will be necessary to a lot of people work together. Anarcho revolution can’t be done only by the forces of one partizan organization – even very well organized. And to people to join us in this fight we need to tell us, why we are fighting, what for, and what methods are better in use – so people don’t risks there lives without need. That’s why even before posting our name openly we started site and public in telegram “Figher Anarchist”, where we posted as articles about our ideals, strategy and tactics, and also review o revolutionary struggle all over the world – and advises, how this struggle can be done, and how to prepare yourself for it.

3 – What actions are made by the organization and with which goal?

We openly took responsibility for three actions for now: Attack on cell tower in Belgorod oblast (near the warfare in Ukrain) – to disrupt military communications, 2 attacks on railroad, leading to military objects in Moscow region – to disrupt supply of military goods to russian army in Ukrain. 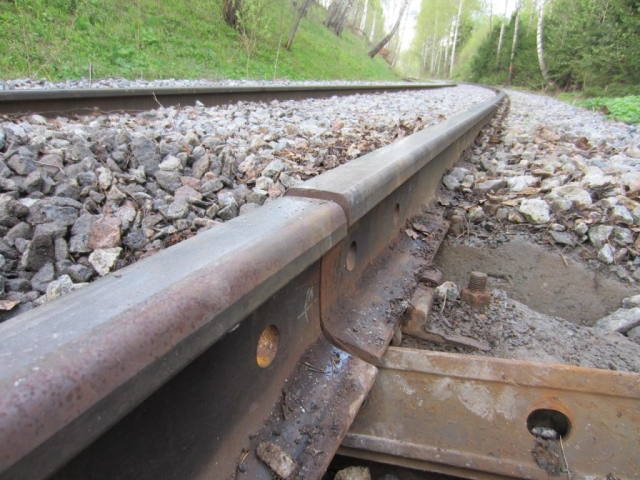 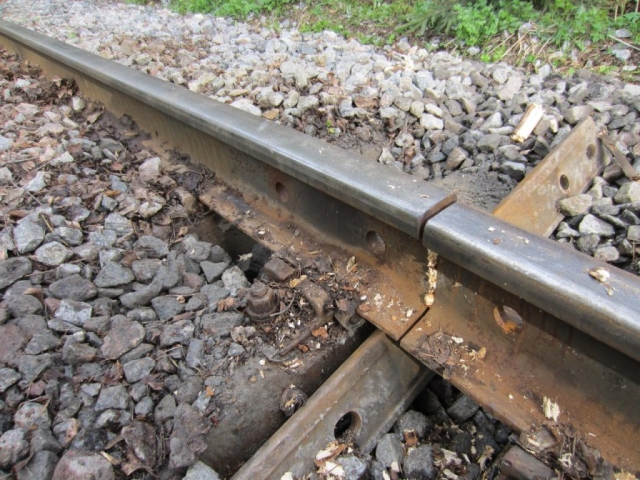 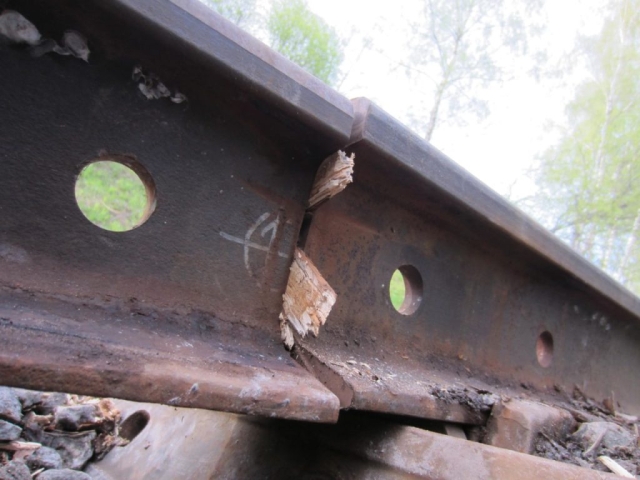 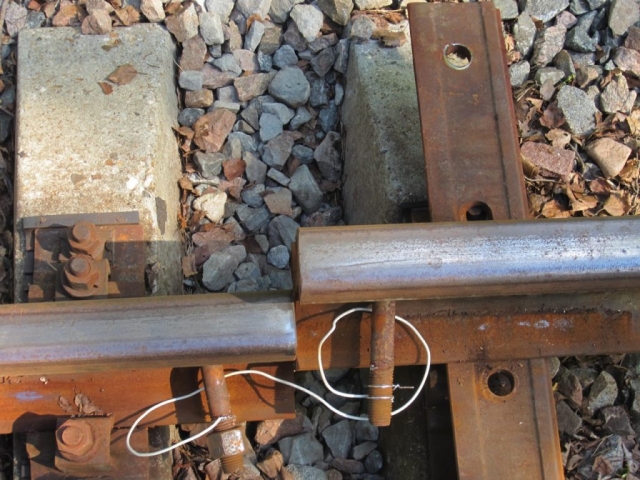 4 – As the comrades are aware, Kurdistan has a revolutionary process of 50 years. Within this Revolution many organizations – especially from the youth – uses tactics of Sabotage against structures of the state, fascists leaderships and police stations. As the Children of Fire or the Intikam Birimlerinden (Units of Revenge).  How do you analyze this actions and see it’s common line with the Sabotage actions of the Revolutionaries in Kurdistan?

While developing our strategy – we looked at and learned from experience of many groups. And experience of Kurdish rebellions was one of them, very important for us. We learned, how it started, what was done to achieve popularity and won hearts of people and how people answered changing situation – and we try to implement it something similar in our struggle, because we believe that there are a lot alike between us. Also we want say, that we took not only military practices, but also such practices as tekmil, to increase level of friend in our organization, to criticism and self-criticism our good and bad sides, and became better.

5 – Do you have any source of inspiration as an organization? From Russia itself and another internationalists organizations and movements?

As it said above, we had several sources of inspiration. There are as more or less “clear” anarchy experiences in the past – like communes of Aragon or Machno’s republic in Gulyai Pole. Or Kurdish Rojava experience. But also we take inspiration from such revolutionary groups as RAF, Action Directe, Red Brigades, Prima Linea and so on – we may not agree with all their ideas, but their revolutionary passion and self-sacrifice inspire us. Also we take inspiration in actions of other Russian groups, who acted not so ago – for example, NRA (New Revolutionary Alternative), who blasted main building of FSB in 1999, along with several military recruitment centers. Later there was “Black Bloc”, who led an anarchist guerrilla for several years and never been caught. Mikhail Zhlobitsky, who bombed FSB buildind in Arkhangelsk by cost of his own life. The anarchist four, who returned to Belarus in 2020 to fight against Lukachenko’s oppression («Anarchists partisans case»). And so on, and so on.

6 – What is the importance of Internationalist Solidarity in this moment? How people can support the struggle of revolutionaries in Russia?

International solidarity always was very important for the struggle. No one can fight alone – we need to join our forces against oppression. That was true when anarchists from all over the world went to Rojava to help Kurdish people to fight for their freedom. And this is true now. But, for now, there isn’t “open” struggle in russia (but it will be soon, we believe, so people all over the world also can start prepare for it:)). So, for time being solidarity can take place in helping struggle from abroad: at first, it is important to influence on other goverments, to make them continue support Ukrain against Russia, don’t give Putin what he wants. Lose in war always started revolutionary processes in Russia:) Also, we created Revolutionary Anarchy Fond, which is used for supporting small partizan groups, especially new ones, to help them by equipment, gasoline etc, to perform attacks on state. So people also can support it, it will be the most appreciated!

7 – There are Anarchists organizations that integrated the Defense Forces of Ukraine to fight against Russia in this hegemonic war, how you evaluate their efforts and goals in the struggle?

We know several such groups. We cant’ talk for all of them, but for those, who we know, we understand, that they are fighting not for the Ukraine state, but for Ukrainian people, and against Putin’s regime. And their goal is to receive fighting experience, make Putin’s regime weaker, and to start revolution in Russia.

8 – Anarchists and Communists also went by the thousands to Rojava to defend the Revolution against ISIS during the period of 2015-2019. However, with the defeat of ISIS and the current situation where the main attacker is a NATO member, the Turkish state, many internationalists are afraid to come to Rojava fearing consequences. Under the internationalist line of Revolution, how you analyze the role of internationalists in Rojava right now and would you express solidarity towards the Revolution that is currently under attack?

We was, are and always will be solidarity with struggle of Kurdish people. It’s a pity, that we can’t concentrate our forces in one region now, to win war against oppression, and need to fight it in a lot of places simultaneously instead. But we hope (no – we know!) – that the Kurds, and we also – will win our fights, and start to build new world together by helping each other. And we believe, that international help is necessary for Rojava right now – may be even more than before, because Erdogan now is trying to force his position, playing between NATO and Russia, and if he succeed – that will be a lot more oppression in the region. So if someone have a possibility – they should come and help in Rojava because consequences if Turkish win will be bad for us all.

9 – Any last words you would like to say? Anything you can add about the reflex of the people against the mobilization?

Keep fighting, comrades! We are living in the period of changes – it is our chance to make this changes for better!

Mobilization was very big mistake for Putin. It made revolution even closer than before. Now a lot of people understood by themselves, that this war isn’t virtual – it brings pain and suffering. And answer, whose fault it is – is obvious. From the starting of mobilization there were a huge growth of resistance from protest actions to attacks on recruiting centers and administrative buildings. Even killing recruiting officers. It’s new wave of resistance and it seems to us, that it could blow Putin’s regime off.

Tolhildan Zilan: “Street by street, city by city should go out and protest”

Tolhildan Zilan: “Street by street, city by city should go out and protest”