Women’s movements around the world are gathering

by Firaz Dağ
in All News, Editorial, Headline, Interviews, Kurdistan, World, Young Woman
A A
0 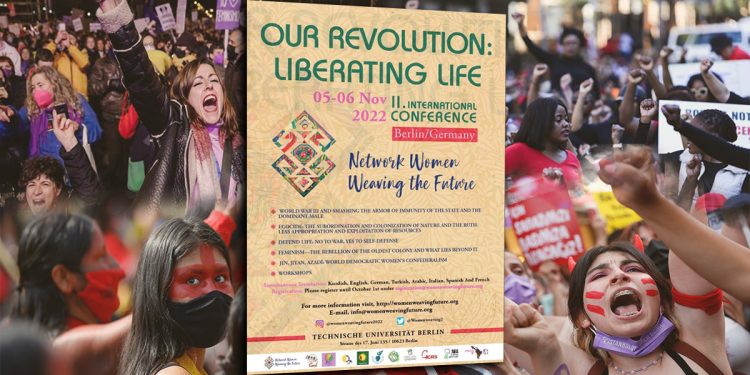 NEWS CENTER – Haskar Kirmizigul, who is a member of the Academy of Jineolojî and is also involved in the preparations for the 2nd International Women’s Conference, stated that the conference will be very broad in terms of participation and content.

The 2nd International Women’s Conference will be held at the Technical University of Berlin on November 5-6 with the slogan ‘Our revolution is the liberation of life’. Haskar Kirmizigul, who is a member of the Academy of Gynecology and is also involved in the preparations for the 2nd International Women’s Conference, spoke to ANF about the preparations, goals and content of the conference. Haskar Kirmizigul stated that women’s movements from different countries will participate in the conference and drew attention to the fact that their goal is to unite against capitalist modernity and the male-dominated system. 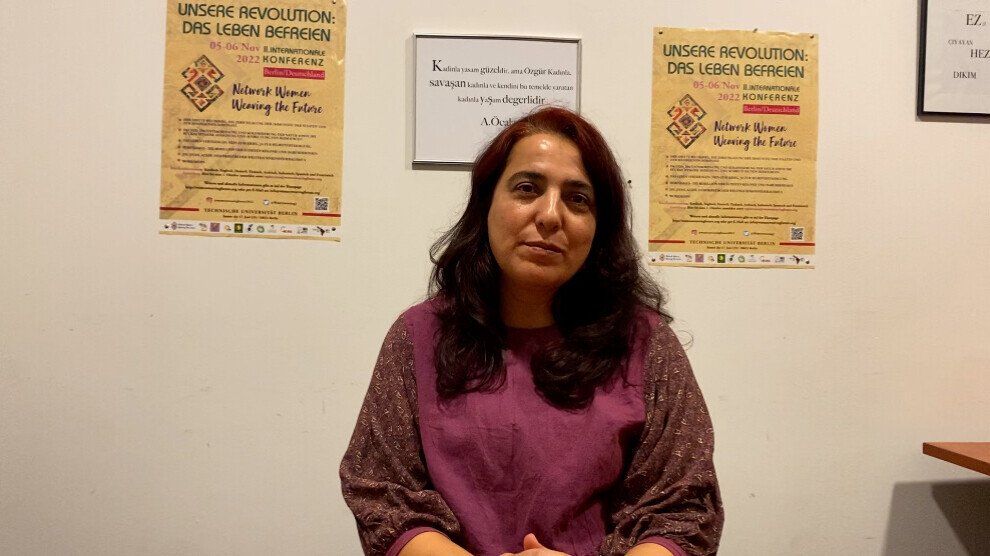 Kirmizigul stated that the conference is organized under the leadership of the Kurdish Women’s Movement by the Ava Dikin Women’s Future Network and said, “Women’s movements from Latin America, the Middle East, Asia and Europe are participating in this conference. The goal is to oppose the dominant system of men and capitalist modernity unite women’s struggle, find common ground and gather energy in women’s struggle against the system. This conference is indeed a continuation of it. This time it will be held at the Technical University of Berlin.”

Kirmizigul informed that the conference was important not only for the Kurdish Women’s Movement, but also for many movements and gave the following information: “More than 800 people from 41 countries registered and because of the insufficient number of people, we had to stop the registration process. Among these 41 countries, there are not only European women, but also Middle Eastern women living as migrants in Europe and women from Afghanistan. There are also participants from Sudan, Yemen, India, Philippines, Guatemala, Colombia, Argentina and all European countries. Another interesting aspect is; especially this time, the demand for the participation of the Balkan countries is very high. There are also Palestinian women. Women’s movements in Turkey. I mean, we have set such a wide level. I think there was enough potential to discuss the future of women.”

THE CONFERENCE IS THE PRODUCT OF A PROCESS

Kirmizigul stated that the conference was held as a result of a process and continued: “These are not the only people who showed interest in our invitations and announcements. In fact, most of them met with the Kurdish Women’s Movement; is closely familiar with both the ideology of women’s freedom and the women’s revolution that tries to develop on the basis of gynecology, wants to know it and see it as a source of inspiration; Movements and collectives who want to benefit from such an ideological experience, philosophical research and a strong scientific base. Some of these are very detailed; such as Non Una Di Meno… A movement that has achieved major gains in the struggle in Latin America. This is a movement that is done in Europe or has its influence in Europe. Women will participate in women’s strikes, different women’s collectives, women’s cooperatives, women’s ecological movements. At the same time, one of the most important points is the struggle of women from Abya Yala, Latin American countries, against multinational companies and the networks that have been established in them by umbrella organizations, especially as a result of the struggle for the existence of the natives. will take place as a representative, participant and speaker in this conference.

As the Kurdish People’s Leader Abdullah Ocalan stated; Kirmizigul said that women, life, freedom is a magical formula and said: “Before the women’s riots in Iran and Eastern Kurdistan, the topic of the conference program was how to reconcile the future and find your way. One of the previous titles was ‘Women, life and freedom’. Of course, this is not a coincidence. In fact, this is the philosophy of life that the Kurdish Women’s Movement always leads. A slogan but also a philosophy of life. Without finding the source of the ideological base, it will not produce any result by delaying the source. In this sense, we tried to be clear in the conference. For example, I don’t remember exactly at the conference, the participants will be greeted with banners of ‘Women live freedom’ in 20 languages. Of course it is symbolic. What is important is the meaning of life, the correct definition of women, and for this, a necessary struggle is being carried out with all kinds of tools. So it can be an organization, it can be a cooperative, it can be an academy, it can be a self-defense force, or it can be a scientific response. Of course this will be discussed. This is one of the reasons why the conference attracted more attention than the first one. We can say that it was the result of a great work; this participation, desire and common struggle.”

THE GROUND THAT BUILT THE KURDISH WOMEN’S MOVEMENT

Kirmizigul said that it is not possible to determine the world change program in two days, but there is a basis and he said: “The work carried out by the Kurdish Women’s Movement in the last 10 years is the basis of this. Of course, it’s not just a conference to discuss and sort things out. This is also very important. In this conference, especially in the workshops that we will hold, there is economy-ecology and the fight against fascism. How can we develop women’s movements that are both inside and outside the system and their struggle for women. Workshops will be held on the topic. For me, the workshop is also an education. This is also very important. The basis of the Kurdish Women’s Movement, which is so strong and invincible, is education, which Leader Apo identified as an essential tool. Education is also very important in this regard. In all these workshops, the participants of the conference will discuss their experiences, and here many other participants and speakers will also give their opinion. Especially, experiences and experiences of gynecology in this field really influenced the organization of workshops. It will be discussed how women can create alternatives in all areas that are dominated by men. Discussions and perhaps recommendations that emerge from these workshops will determine the future of the conference. Where will this network go? In other words, only once every two or three years, now it was said that the time is two years, but because of the corona virus it was extended to four years, but it should be an efficient conference. This is not a conference that only has theoretical discussions and ends.

THE CONFERENCE WILL START

Kirmizigul stated that not everything can be discussed in depth in a short period of time and continued: “This beginning, this cooperation, this color, this environment, this great unity that is created by these differences will inspire us and every a woman to attend the conference? Here the power of women will emerge a little. For me, the most important thing is that it is practical. Our effort will be in this direction. I already believe that this conference will be a great success, create great hope and bring forth a great claim.

Finally, TJK-E is getting a lot of interest this year. We also set limits on TJK-E delegates. In this conference, almost all councils, communes, different institutions and different structures of the TJK-E living in Europe will witness for the first time these networks, these connections and this power created by the Kurdish Women’s Movement.”

MAIN SESSIONS OF THE CONFERENCE: For more detailed information on the program for the 2 day conference CLICK HERE.

Gerîlla TV published footage of a sabotage action in Mamreşo

In Amed, an action was held against chemical weapons attacks

In Amed, an action was held against chemical weapons attacks